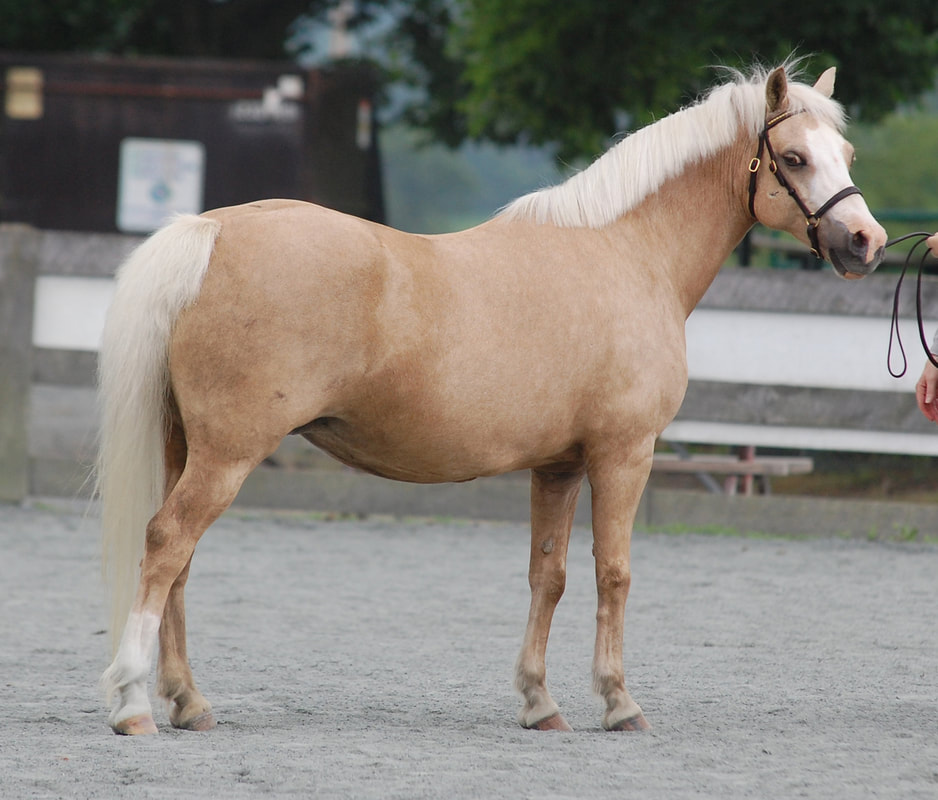 ​Severn China Doll was the first broodmare we purchased and she became the matriarch of our farm.  China has had a total of 10 registered offspring, four of them for us.  Her three daughters, Copper Beech Irish Lace, Copper Beech Turkish Coffee, and Copper Beech Spanish Sherry, earned her 3 "legs" with 568, 418, and 388 points, respectively. Her son Copper Beech French Linen earned 123 points before being sold as a weanling to Canada to become a herd sire. Her daughter Severn Satin Doll earned 22 points before being trained to drive and sold to a beginner as a backyard driving pony.  China now has two grandsons, both of whom won National Championships as yearlings. China has a true Welsh pony disposition, basically sensible but not shy about expressing her opinions.  Most of her showing was in her later life with a foal afoot earning her a total of 324 breeding points. The highlight of her show experience for me was when she was 20 years old.  China was showing her age and had placed last in most of her classes until the last show of the season.  For some reason she was feeling her oats and went into the ring acting like a 2 year old and looking 10 years younger.  She won first place in a class of nice mares that included that year’s National Champion Mare. It was a perfect way to end her show career. China is retired now and spends her days hanging out with her daughters and telling them how they should be raising her grandfoals.

Corona Virus caused most of our shows to be cancelled and there were no national WPCSA rankings.  But, we really enjoyed the few shows we were able to attend.  The highlight of our year was Severn Hollyberry Bow earning her final points in both halter and driving to win her Individual Legion of Merit (LOM). This is quite an accomplishment for a driving pony and we are very proud of her.   We also did quite well in the Maryland Pony Breeders Yearling Futurity.  Copper Beech Spanish Sherry won 1st in the Section A Division, 3rd in the Hunter Breeder Fillies Division, and Reserve Champion overall.  Copper Beech Cardiff was 2nd in the Welsh Section A Division.  The highlights of our very limited WPCSA shows were Copper Beech Danny Boy winning Supreme Gelding at PC#2 and both our boys winning their respective WPCSA SE Regional Championships. We also got to one Combined Driving show (Teddy Bear's Picnic CT) where Severn Rainbow debuted at Preliminary level with a 3rd place and Severn Hollyberry Bow placed 2nd at Training Level.
Severn Hollyberry Bow LOM
Scenes from her last show.  She was in a cheerful mood all day and won her final class to put her exactly at the needed 1500 points.  She's earned 760 points in halter and 740 points in driving.
Copper Beech Spanish Sherry
Maryland Pony Breeders Yearling Futurity
1st in Welsh Section A Division
3rd in Hunter Breeder Fillies Division
Reserve Champion

Severn Rainbow at the Teddy Bear's Picnic CT
Copper Beech Farm's 2019 Award Winners
Copper Beech Farm bred ponies are starting to hold their own in the show ring.  We focused on breed shows this year and had three WPCSA top four ranked ponies: Copper Beech Danny Boy was National Champion 2 and Under Section A Geldings; Copper Beech Spanish Sherry was National Reserve Champion Welsh A Filly (second only to Severn Savannah who we sold halfway through the show season); and Severn Hollyberry Bow was 3rd placed nationally in 12.2 hh and under Pleasure Driving.  Severn Rainbow only got to a few shows but she was 4th placed in the SouthEastern region in 12.2 hh and under Pleasure Driving.

The highlight of our show season was the VA Spring Fling where Danny Boy was double Supreme Champion Gelding and Holly was Reserve Supreme Champion.
Copper Beech Danny Boy and Severn Hollyberry Bow showing off their Supreme sashes.
Copper Beech Farm's 2018 Award Winners
Copper Beech Farm hit another milestone this year with the debut of our pair (Severn Hollyberry Bow and Severn Festive Bow) in both open and Welsh breed shows.  In addition, Severn Rainbow, driven by Claire Lacey, made her debut showing single in both open and Welsh shows.  Rainbow had a great first outing by winning the James River Classic ADT Single Pony Training Division (and the High Score Training Dressage).  She just beat out her sister Severn Hollyberry Bow who was second overall and second in dressage.   Both the pair and Rainbow were nationally ranked in the WPCSA breed classes with the pair earning the National Championship in Multiples Pleasure Driving and Rainbow earning 4th place in the very competitive 12.2 and under Pleasure Driving Division.

Copper Beech Danny Boy rounded out our nationally ranked ponies by earning a fourth place in Section A Colts while Copper Beech Marigold just missed a top 4 rank by earning 5th in Section A Fillies.  Marigold also had the distinction of helping her dam Severn Periwinkle win her Legion of Merit (LOM) by serving as a leg with 332 halter points.

Copper Beech Farm hit a milestone this year with two WPCSA National Champions in the Halter Division. In addition we had our first ever award winners in the open division with Severn Hollyberry Bow winning a Championship and Severn Festive Bow winning a Reserve Championship in the Combined Driving Division. 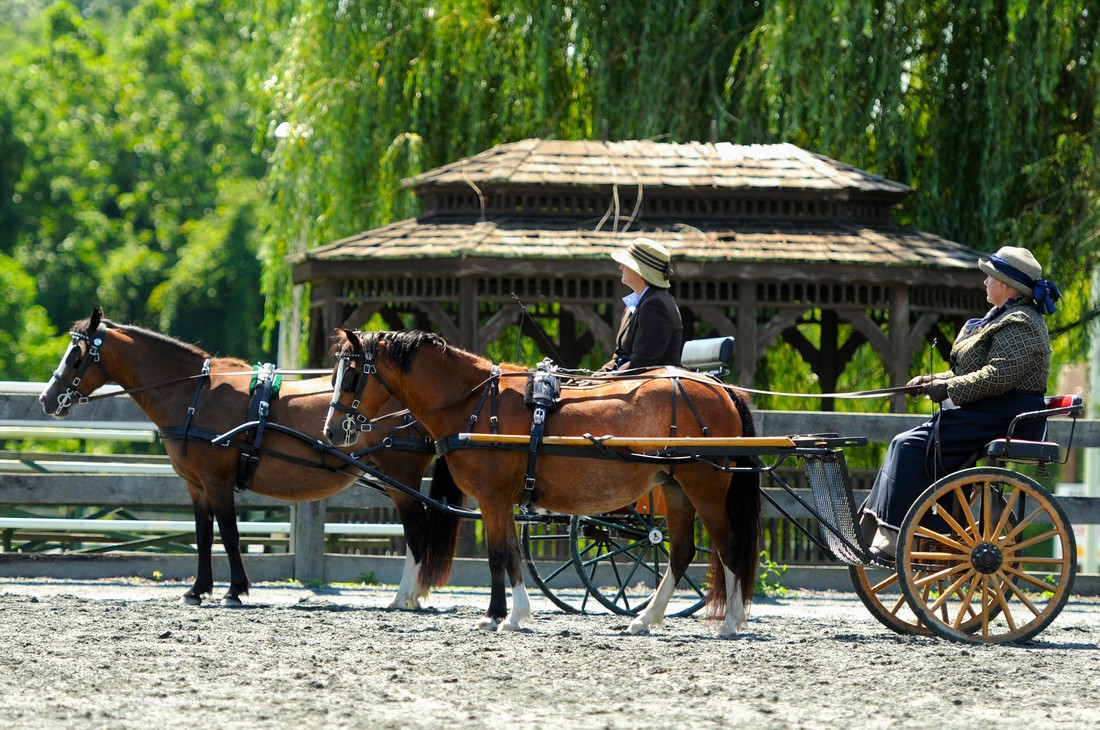 Sisters competing against each other.  Severn Festive Bow (Freyja) is in the front with Severn Hollyberry Bow (Holly) behind.  Freyja made her debut in the show ring this year with Claire Lacey ably driving her to three end of year high point Reserve Championships.

Copper Beech Farm's 2016 Award Winners
Copper Beech Farm had another successful showing season with three mares ranked in the WPCSA top 10 national winners for Welsh A breeding classes in addition to the awards listed below. Copper Beech Irish Lace was 5th, Severn Rainbow was 6th, and Severn Hollyberry Bow was 8th.
In addition to their individual awards, my three Bow sisters earned a Legion of Merit (LOM) for their dam Alliance Decorator Bow.  This was particularly impressive since they are her only foals. 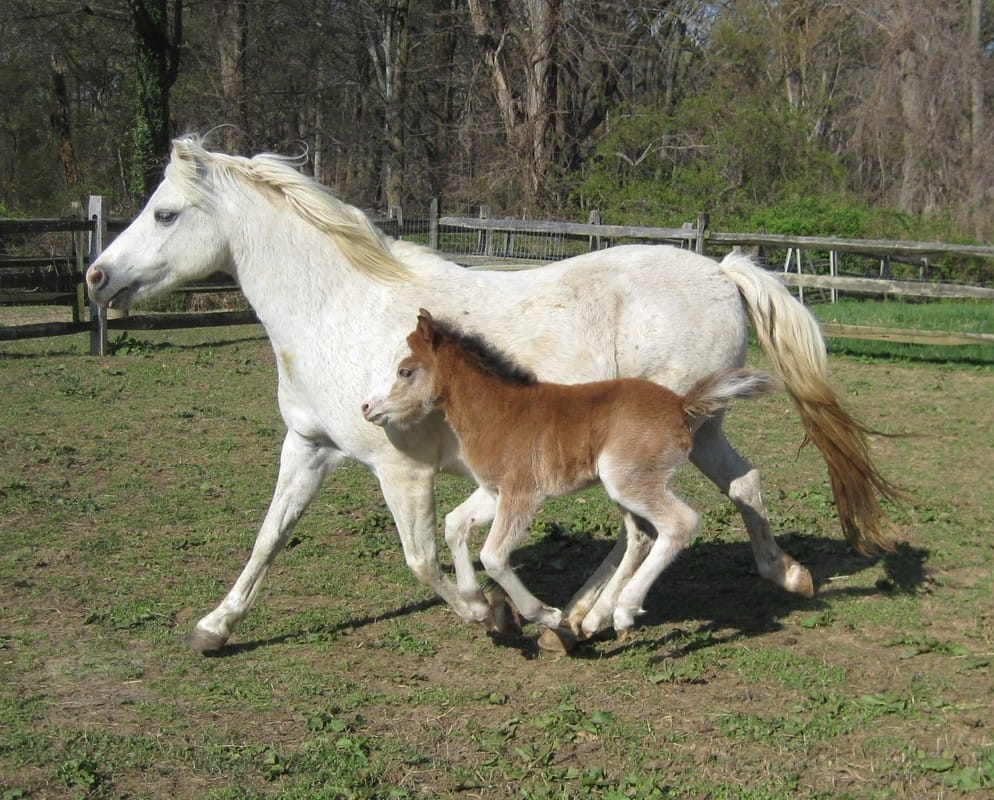